Why radish night is celebrated in Oaxaca Mexico

One of the most unique events in Mexico is the Radish Night. If you are looking to head to this event, be sure to book cheap from Toronto. The flights to Mexico City from Toronto are cheaper than average during December.
Here is everything you need to know about Radish night, and why it is celebrated:

The history behind Radish Night

The radish night, or more popularly known as Night of the Radishes (Noche de Los Rábanos in the local dialect) dates back to 23rd of December, 1897.

The Night of the Radishes started from Oaxaca, a city in Mexico, and is an exclusivity from there. The original aim of the event was for farmers to try and lure in customers so that they would buy their radishes from them but then boomed, and became a tradition.

A legend states that in mid-18th century, two friars pulled up unforgotten radishes from their crops, and sold these unusual looking harvests as attractions to the Christmas market, which happens on the two days before this event (23rd December). This legend became famous, and in 1897, the Night of the Radishes became an official event.

What happens in the Radish Night?

The Night of the Radishes is dedicated entirely to using radishes as uniquely as possible. Crafters and artists try their best to make the most absurd and creative designs in as less time as possible. Radishes lose color and shape a few hours after being cut, so they only have a limited time to make a design, and present it to the people who join this event for seeing the designs.

In some parts of Oaxaca, this event is very competitive, and oftentimes, local council even offers prizes for the winners.

The most common examples of creative pieces that people have made in this event include snowmen, duendes, humans, humanlike droids and so on. 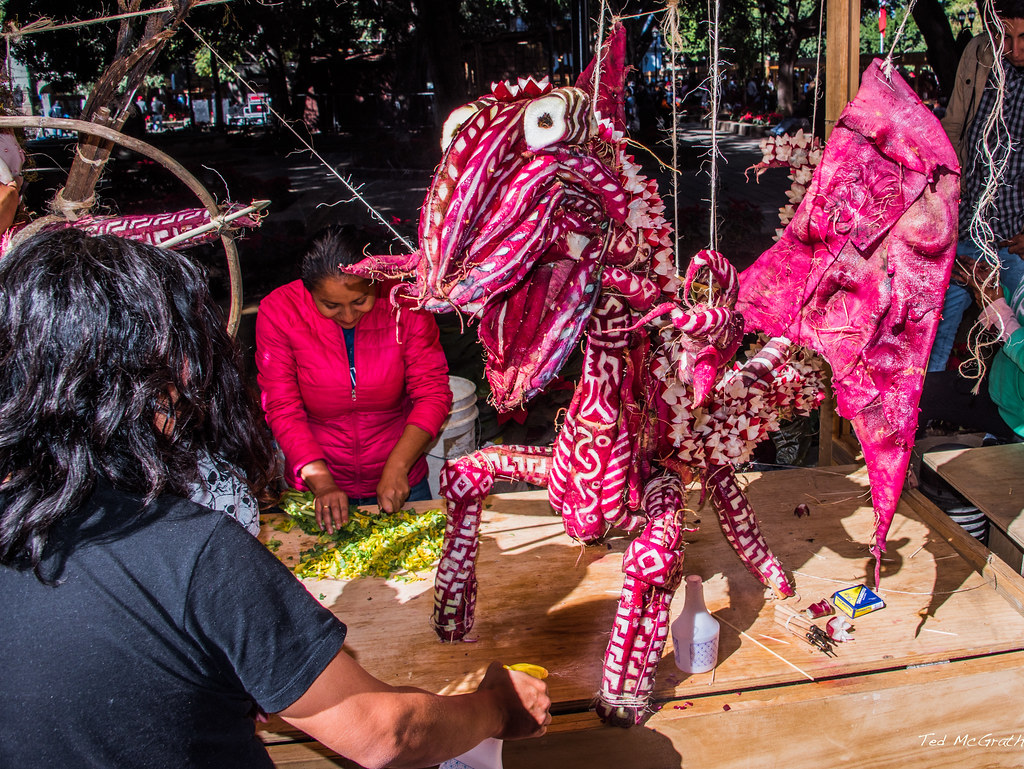 Other facts about the Radish Night

The event lasts for several hours only, from later afternoon to early evening of December 23. If you are looking to get flights to Mexico City from Toronto, be sure to book one for 22nd of December. You will definitely need some time beforehand to prepare for this event. The line is extremely long, and wait times can be as long as 4-5 hours.
The event attracts thousands of visitors, and sometimes even the country’s officials are involved in this event.

Anyone can participate in this event, provided that they are able to invest in radishes, and can make good designs quickly. If you are thinking of spending your holidays anywhere, be sure to keep Oaxaca as one of your destinations. You will not regret that decision.